We talk about politics 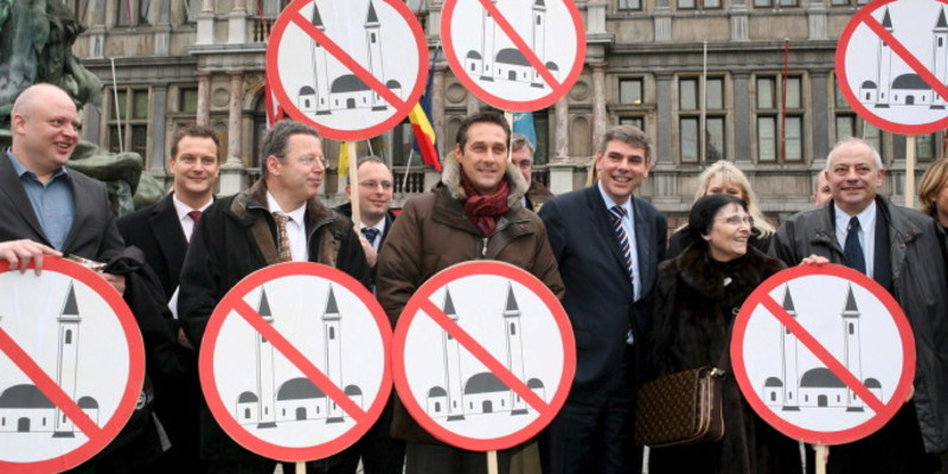 The Pro-Köln Political Party (Pro Rhine North-Westphalia Citizen Movement, in German, Bürgerbewegung Pro-NRW.), was known as an extreme-right minority party, according to the criteria of the Federal Office for the Protection of the Constitution.

Starting from its genesis, in the popular opinion of Germany, it’s considered as a hostile movement to the country’s Constitution. It’s postulated that this political party has had as its main objective to win the citizen vote by fighting against European Islamization and manage to articulate an ultra-right political discourse to crystallize the construction of the Cologne Mosque.

The extreme right is a term used to describe political parties that promote nationalist and ultra-conservative positions considered extremely extreme. Generally, these positions are linked to undemocratic practices.

In Germany, some of the extreme-right political parties are renowned for using a strategic resource similar to that used by Nazism. Like these, they support his discourse through the demonization of the Jews.

Currently, there are ultra-right-wing active political parties in Germany such as Alternative for Germany (AID) and National Democratic Party of Germany (NPD).

Along with this, certain parties currently take advantage of the use of Islamophobia to obtain political returns. Through this speech, parties like Pro-Köln (Pro-NRW) increased their presence in institutions.

The party’s line of action is to instill fear among the population, spreading the message of an Islamization of Europe. An argument that is based on the use of prejudices such as terrorism, and generalizations such that all Muslims are terrorists, which create a negative stereotype of the Muslim community, regardless of where they come from.

In this way, aversion towards this community is fostered, racism is increased, and the non-integration of Muslims in democratic European societies.

The Pro-NRW organization had its beginnings in 1996. Under the tutelage of its founders, Markus Beisicht, Manfred Rouhs, and Bernard Schoppe.

But it wasn’t until 2000 when this formation appeared before its first elections to the Cologne City Council. His first projects were primarily aimed at fighting the state methadone grant for drug addicts, and a campaign against prostitution.

However, but it wasn’t until the beginnings of the Cologne mosque construction project when Pro-Köln establishes its main field of action. On September 19, 2008, it was intended to start in Nort-Westphalia the anti-Islamization Congress promoted by this party.

But these congregations, as well as the called protests, were suspended by the state police. These argued that the convenors didn’t cooperate sufficiently in favor of preserving security and tranquility in these acts.

On many occasions in the mass meetings, party supporters entered into verbal and physical conflict with Salafist groups and the police.

On the other hand, the members of this organization, to promote the ideas of the party, frequently tried to approach the young students with propaganda leaflets.

But even so, various agencies in Rhine North-Westphalia and the Federal Republic of Germany suspected that the party was a political precursor of extreme-right terrorism in the country, and investigations, raids, and surveillance against members of the party were carried out.

Because of that, the party had been under suspicion for years of going against the German Constitution, waiting for a verdict on its constitutionality. In addition to carrying the weight of a pending sentence for its political position accused of being an ultra-right party.

Awaiting the decision of the verdict by the courts, public opinion debated whether acts such as the anti-Islamization congress and the Pro-Köln protests were constitutional or not and whether they protected the right to freedom of expression.

Once this project became part of public opinion, a great debate began to arise about whether the mosque should be built or not, and the consequences or advantages that would entail.

Strong criticism soon arose, in addition to calls to reject the project among the community of Colonia. This wave of opinions even managed to divide some parties like CDU that could not reach an internal consensus.

Mainly, the CDU’s position was not to be in favor of building mosques in Germany. However, the Mayor of Cologne, Schramma, was in favor of carrying out the project.

The presentation of the project was used by Pro-Köln to make itself known to the community and obtain greater dissemination of its ideals. As well as the beginning of strategies such as collecting signatures against the realization of the project.

This party considered these strategies to be a success, catalyst for the good results in the 2004 elections. Pro-Köln managed to establish four representatives in the Cologne City Council, who later joined a fugitive from the CDU party.

In this way, from 2007 the formation of the candidacy for the Nordrhein-Westfalen State elections begins under the name of Pro-NRW.

Despite Pro-Köln’s opposition, the mosque project was discussed and modified. Finally, an agreement was reached that the dome would be 37 meters and the minarets 55 meters high. Besides, it is established that the call to prayer would not be audible outside the compound.

In 2008 this project was approved, in a plenary session of the Cologne City Council. Which had the votes against CDU and Pro NRW, and the votes in favor of the SPD, FDP, Liked, and the Greens, in addition to the vote of Mayor Schramma.

Pro-Köln also stated that the construction of the mosque would be detrimental to the country because it would damage the Rhenish image of Cologne, as well as because it would be a focus of attention for radical Islamists, who would go against German constitutional values.

Also, reference was made to the lack of debate surrounding the approval of such a project, which considered the lack of plurality and curtailment of freedom of expression. 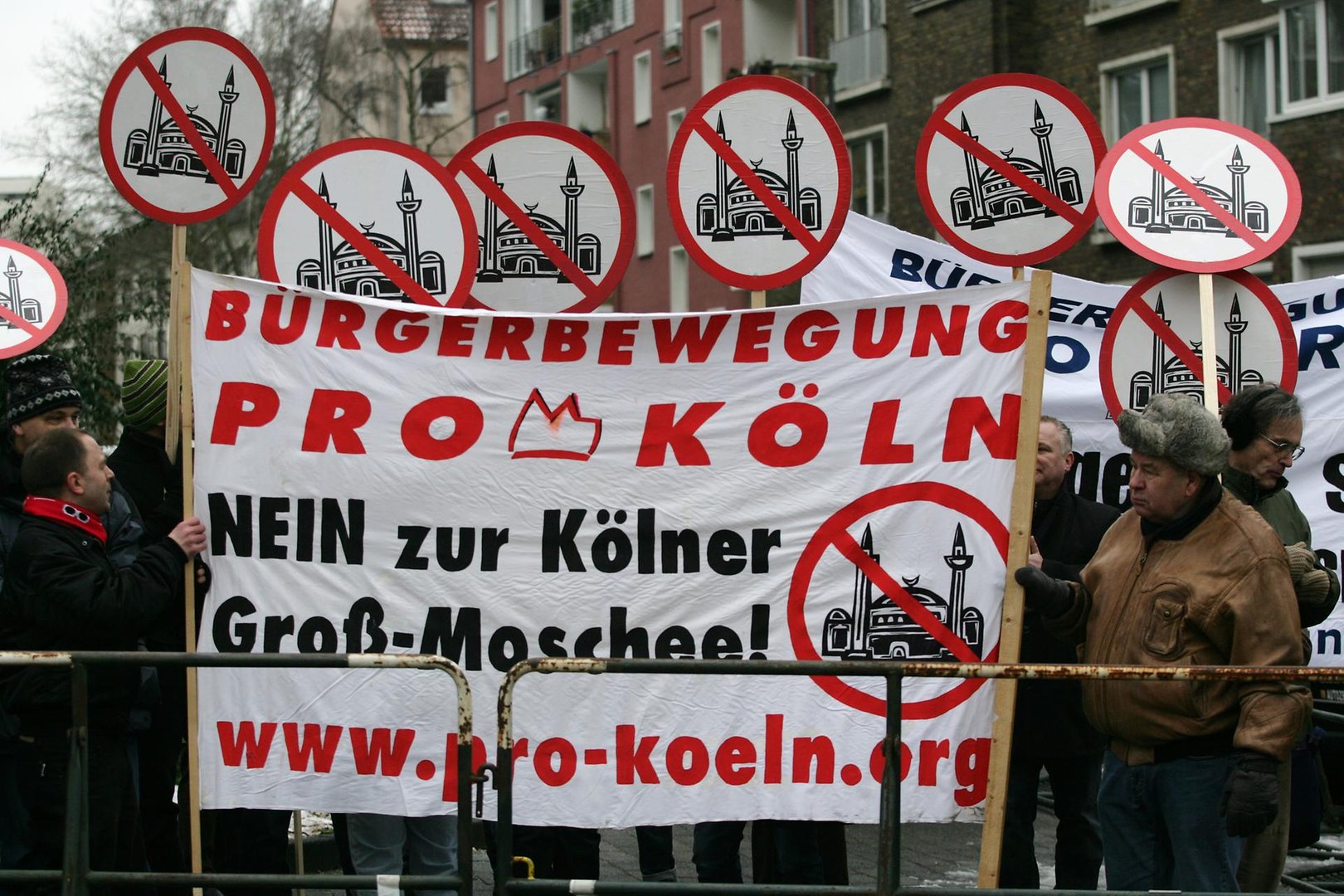 Structure of the Pro-Köln program.

The globalization of all the party’s political strategies consists of five key points:

The entire program of this party is tainted by the will to stop immigration. Since it considers that immigration brings with it problems of crime, loss of identity, economic loss, shortage of resources and public services, as well as the loss of employment of the indigenous population.

Besides, it takes into account security issues and greater control of the streets, such as liberalizing business hours.

On the other hand, authors and writers like Ralph Giordano, who is very critical of Muslims, based on the idea that for them Islam is contrary to democratic values ​​and the defense of human rights, stand out from the positions of this game.

According to Giordano, this party intends to rely on criticism of Islam to spread racist and right-wing populism positions. Also, he affirms that they are two different things, being critical of Islam and being linked to Eurofascism.

Finally, in the 2014 European Parliament Elections, it obtained 0.2%.

In this way, the party was dissolved on March 24, 2019, becoming a political association.

It can be inferred that Pro-Köln’s position was centered on a political conception with characteristics of the extreme right, some authors even go so far as to call Eurofascist. Just as his electoral program hid behind the facade of a popular movement against the Islamization of Germany.

It pursued not only to face an alleged Islamist invasion, but it also sought tight control of any type of immigration, greater control of asylum permits, tight police control of the streets, curbing any type of distribution of drugs to drug addicts, and economic liberalization. 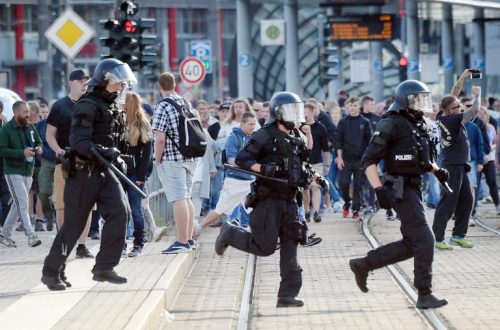 Are far-right extremists military and police officers involved in a conspiracy against the government?

QAnon: the conspiracy theory that became a community and threatens the world’s (and Germany’s) stability